How do I know If I am Pregnant?

Sometimes it is necessary to wait to have a baby, and sometimes we learn that we will become a mother when we least expect it. Have you delayed your period or noticed hormonal changes?  You gained weight. How do I know If I’m fat or pregnant? A delayed period may not be a sign of pregnancy sooner or later. So how do I know if I am pregnant?

How do I know If I’m pregnant or not? 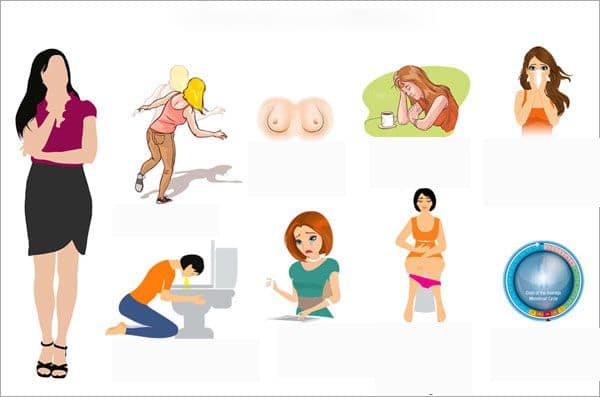 Some women already notice pregnancy when the egg has implanted in the uterus a few days after fertilization. If there is no menstrual period, that is in most cases a good sign that a pregnancy has occurred. ”

Other noticeable changes that go hand in hand with pregnancy are dizziness and hormone-related changes, such as an increased urge to urinate, cravings, or disgust for certain foods such as coffee and warm meat and stimulants such as cigarettes and alcohol. The breasts grow and become sensitive to touch.

Another indication of pregnancy is a change in body temperature. Women who measure this regularly (temperature method) can find that the temperature does not fall as usual shortly before the expected menstrual period, but remains high

At what time can pregnancy conception occur?

If unprotected sexual intercourse took place at the time of ovulation, i.e. in the middle of a woman’s cycle lasting between 25 and 35 days, the probability that conception will occur is high. But pregnancy is not the only reason for amenorrhea to fail.

Other reasons can be a change of time due to a trip that brings the body out of its usual rhythm, hormone disorders, serious illnesses, stress, or shock. Even after stopping the “pill”, after an operation or in the event of a severe reduction in body weight (diet, illness), the rule may initially not be applied. A pregnancy test or an ultrasound scan provides reliable information about the presence of a pregnancy.

Even if you are pregnant, you may still have slight bleeding at the usual time of your menstrual period, a so-called spotting.

Pregnant and nobody should know? We help.

If you want to read our article about ca pregnant women eat pineapple pls click on it  https://www.kidschildrenshealth.com/can-pregnant-women-eat-pineapple/

Many women are much more tired now than they were before pregnancy. This is due to an increase in a hormone, progesterone, which has a sedative effect on the pregnant woman. The maternal progesterone is up to 10/11. The week of pregnancy is made up of the corpus luteum, the transformed follicle to hold the pregnancy. 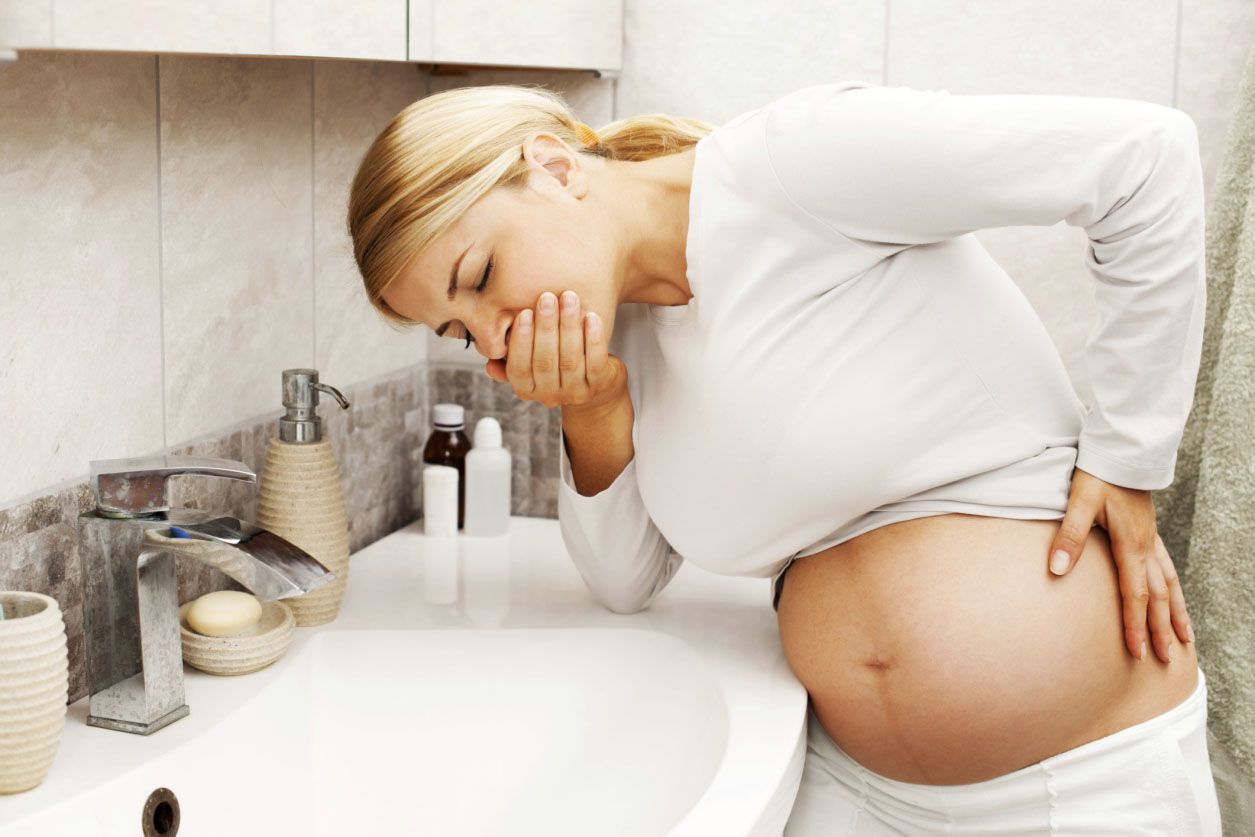 A well-known sign of pregnancy that is often experienced as very stressful is nausea. This usually occurs in early pregnancy – especially between the 6th to 12th week – and preferably in the morning with vomiting attacks, but it can manifest itself as repeated waves of nausea throughout the day, with or without food, or in the evening with swelling of the Body have its climax. In addition to multiple pregnancies, various metabolic and hormonal changes, such as thyroid disorders, can be the cause, which influences the level of the hormone level of the pregnancy hormone HCG. Usually, nausea disappears at the end of the embryonic phase in the 3rd month of pregnancy. In very rare cases, nausea lasts throughout pregnancy.

Although nausea is a negatively perceived symptom of the disease, it can be assessed as positive in connection with early pregnancy, since with this sign one can assume normal pregnancy development with a corresponding increase in HCG.

Coffee, cigarette smoke, or other strong smells (such as perfumes) in particular, as well as certain foods, can cause nausea during pregnancy. Often the women concerned cannot smell fatty, sour, or spicy foods (let alone eat them), and meat, fish, or eggs are often rejected. Sometimes just imagining the food is enough to trigger nausea. This has to do with the fact that pregnancy, especially at an early stage, brings about hormonal changes in the body that have an impact on the perception of taste and smell. These dislikes are normal and not worrying.

You can treat pregnancy sickness yourself according to the symptoms.

The rusks or crispbreads help against vomiting in the morning right after you wake up in bed. Since fruit and fruit juices, as well as carbonated drinks, are nauseating, the pregnant woman should avoid them. A sensible diet is just as important as dividing meals into more frequent and smaller portions and of course avoiding nausea-inducing foods or smells (no perfume, etc.). Also, by pressing an acupuncture point in the middle of the inside of the upper arm – two cross fingers above the wrist -, with a so-called “sailor’s band”, with medical ginger candy or placing a fresh slice of ginger on the tongue and chewing a small hand 30 times full of hazelnuts often reduces nausea.

When it comes to pregnancy, it is important to understand that the milder cases of nausea are not an illness but a pregnancy-specific change. Even if the nausea is uncomfortable, you can – temporarily – cope with it. For cases of severe nausea, some medications can be taken during pregnancy, and that do not harm the child. The gynecologist is the best contact here.

In extreme forms of pregnancy sickness (hyperemesis gravidarum), constant, violent vomiting is possible. This, as well as the low intake of food and liquid, leads to water loss and weight loss and as a result of a deterioration in the general condition of the pregnant woman. Affected women should be observed by a doctor and, if necessary, treated in the hospital. In the case of very severe symptoms, drugs are available whose effects on the unborn child have been classified as harmless in animal experiments and large studies. These medicines require a prescription. Talk to your gynecologist and let him advise you whether and which medication makes sense for you.

In addition to tiredness and nausea, dizziness can also occur. The body tries to adjust to the changing blood volume, blood pressure usually falls in the first few months and the red blood cells for the oxygen supply to the body are not yet sufficiently formed. Standing in warm rooms for long periods, “waiting in line at the bakery” can lead to circulatory attacks. This helps to step on the spot and to improve the peripheral blood circulation through quick, repeated clenching of the fists. Little sleep, sedentary work and a lack of physical activity worsen the circulatory situation. Circulatory problems are a nuisance for the mother, but they are harmless to the child. Exercise, alternating showers, brush massages, and exercise are helpful.

Everyone knows the story of cravings for pickles alternating with amounts of ice cream during pregnancy. This craving can be a sign of increased mineral needs, which is ultimately not understood.

But if itching, unpleasant smell, or bleeding occurs, she should see her gynecologist. There could be a bacterial infection that needs to be treated so as not to endanger the unborn child with germs. If it is a sexually transmitted disease, treatment from the partner is required.

The hormonal balance that changes during pregnancy has a variety of effects. Placental hormones (HCG, HPL, estrogens, progesterone) and maternal hormones (prolactin, FSH, LH, oxytocin, vasopressin, thyroid hormones, cortisone and cortisol, aldosterone, parathyroid hormone, insulin, somatotropic hormone) are important for pregnancy, which – not only in the body of a pregnant woman – have specific effects on the target organs. These messenger substances can have positive and negative effects on child development. The following changes can be observed in the pregnant woman:

Skin: Increased pigmentation in the pubic area around the nipple, as a dark vertical line on the abdominal wall, pigment spots on the face, intensification or sudden onset of acne

Excretory organs: changes in kidney function with lowering of the elimination threshold for glucose and magnesium; The urinary tract is dilated by the action of progesterone, thereby favoring ascending urinary tract infections

Digestive system: gestagen-related widening of the hollow organs, such as the stomach, the intestine; as it shifts through the growing uterus, constipation, and gas can occur. Heartburn is caused by reflux and weakness of the diaphragm

Oral cavity: During pregnancy, there are hormonal changes and a simultaneous change in the immune response. This favors the development of oral mucosal inflammation, which can progress increasingly until the end of pregnancy. Hormone-sensitive receptors increase the permeability of the oral mucosa, increase the flow of saliva, and build up blood vessels and tissue. This often creates pseudo-pockets and swellings combined with a pH shift in the oral flora in favor of pathogenic germs. Existing diseases of the mouth area can be significantly increased during pregnancy 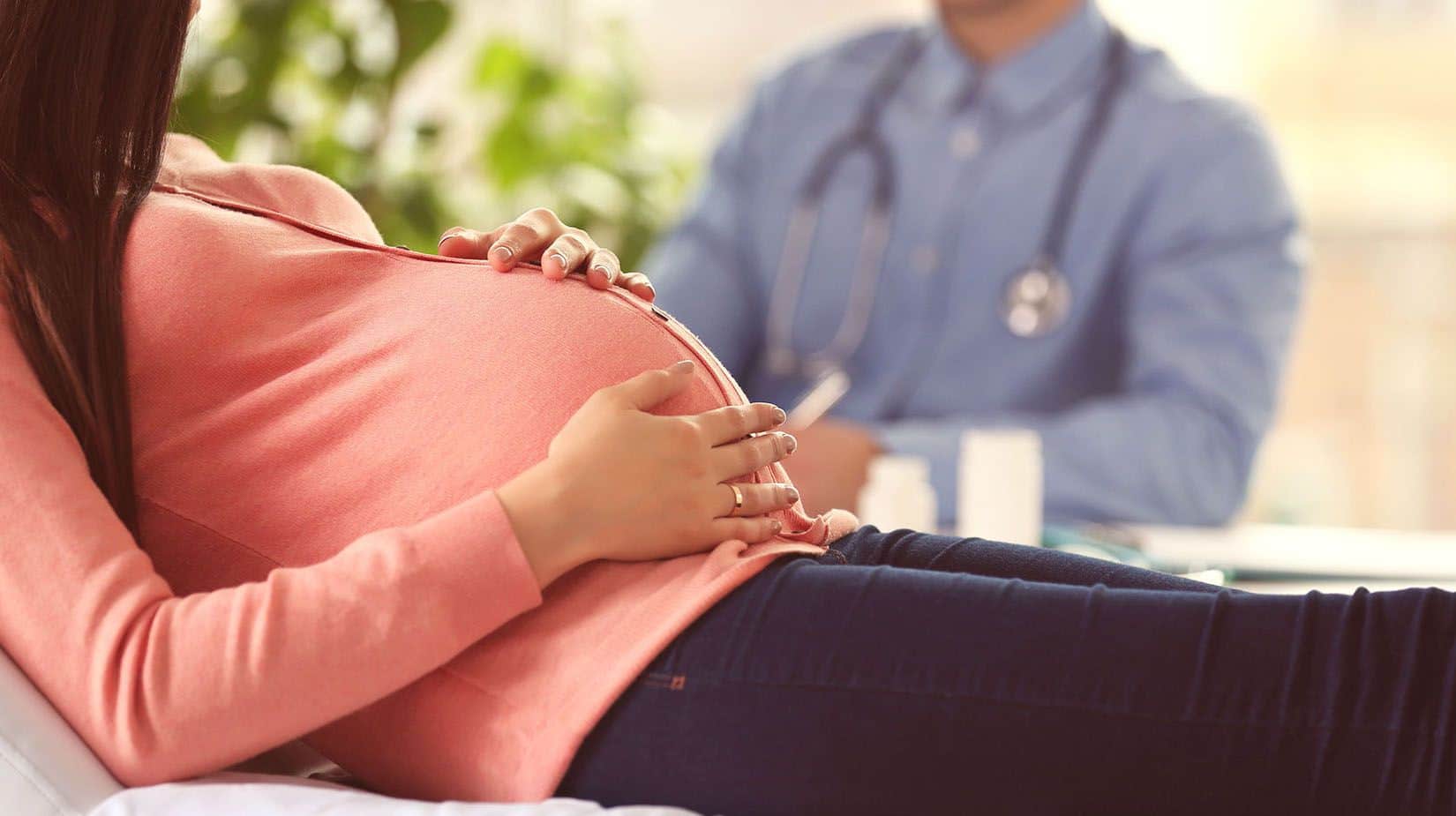 As early as six to nine days after fertilization, the doctor can use a pregnancy test to detect the pregnancy-preserving hormone human chorionic gonadotropin (HCG) in the patient’s blood. The female body produces it as soon as a fertilized egg is implanted in the lining of the uterus.

About a week later, HCG also appears in a pregnant woman’s urine, which she can check herself with a pregnancy test from the pharmacy or drugstore. The test is only reliable if a concentrated morning urine sample turns out positive. At this point, the test may be negative because the detection limit of the pregnancy hormone in the urine has not yet been reached. If the test is negative, you may still be pregnant. Proof of this can only be reliably proven with the test from concentrated morning urine, which has the highest HCG concentration. A blood test at the gynecologist to detect the pregnancy hormone remains the exception in the event of an unclear course in early pregnancy.

If the test is positive, there is most likely a pregnancy, which should be confirmed by a visit to the gynecologist. No later than six weeks after the 1st day of the last menstruation, pregnancy can also be determined by an ultrasound examination.

Shortly 10 signs of pregnancy: what are signs that you are pregnant?

what are signs that you are pregnant? That is often the question, at least at the beginning. At the latest after the absence of menstruation, sometimes even the “day after”, because there are very sensitive women who intuitively suspect that it has now “happened”. If the ovulation calculation was successful, you should look out for the following signs of pregnancy:

Maybe some of what you’ve read here applies to you. To be sure whether you are expecting a baby or not, you should do a pregnancy test and of course, see your gynecologist.

Tags: How do I know If I'm fat or pregnant